Laser Combat Dunsford, Devon is one of the premier Devon South West England Laser Combat Destinations, with full public liability insurance and risk assessment. Stag Nights Out ensure that your Laser Combat event is handled efficiently and with the minimum of delay so you can just look forward to a fun filled day. 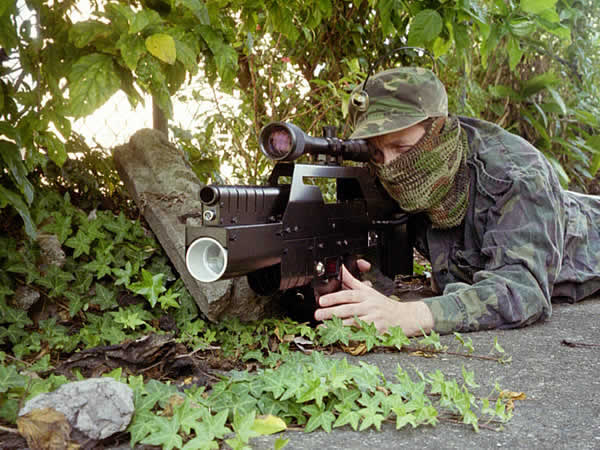 Here you can enjoy one of the fastest growing adventure games in the UK! We have over 50 acres of woodland and the very latest Digital Laser Guns. No bulky body packs to wear, our guns look like a military gun, laser zoom site, war sound effects.Specially designed camo gear with hit sensors imbed...

Situated in the heart of Devon, but less than three hours from London. Only 10 minutes from the very heart of Exeter, located on the B3212 towards Moretonhampstead, just past the village of Longdown....